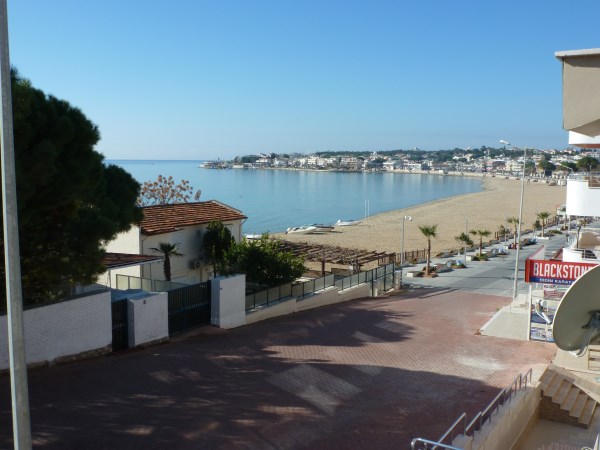 My Turkish Home has had several moves over the years. We started off right back in the beginning in a small rented office down a quiet side street in Altinkum. There was room for a desk, and a couple of chairs, and not much else! It was freezing cold in winter, and boiling hot in the summer, but we think about it with much affection, as this was the start of it all!

After a year in this office, we were sat with about eight customers all squeezed into this tiny space when we decided that we really need to make a go of this business and create more room – so we made our first serious investment – a shop unit just off the main beach.

This was to become our home for several years now – literally our home, as we were working long into the evenings (this was in the years before children came along!). It was also the shop from which we launched our flagship development, Olive Gardens in Akbuk.

Another opportunity that presented itself during these years was the plot of land in the Second Beach area by the Tuntas Hotel. We soon turned this plot of land into Aegean Plaza – the location for our third office. Six happy years were spent in this office – but Yildiray always had a hankering to return to the main place where his Altinkum dreams began when he first descended on the area at the age of 15, with nothing more than a couple of quid in his pocket – the main beach!

So when he got sniff of a well established property right on the main beach, with full on sea views, he felt his dream was within reach. A few months later, we moved for the last time into our current Yali Caddesi offices. We’re re-energising our passion for the town, and the industry, and we’re setting our sights on the many different roads of opportunity that will lead us into the next series of adventures over the next few years.

This has in fact proved to be a very shrewd move, as the main promenade itself is currently undergoing a massive revamping, with many illegal buildings being pulled down, and rebuilt within legal frameworks, updated and revitalised to move the resort into the 21st century and a better quality of tourism. Didim has never had such a fantastic future!